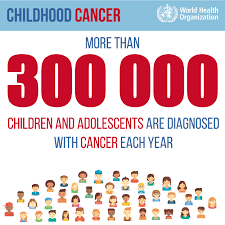 According to the report, the regions with the highest burden of childhood cancer in the world in 2017 are Asia and Oceania. India has the highest cancer burden for children, and China ranks second in the world.

In this regard, Feng Zhichun, dean of the Bayi Children's Hospital affiliated to the Beijing Military Region General Hospital, told the Health Times reporter: "China's health resources are not balanced, health investment is far lower than some developed countries, and the population base of Chinese children is far greater than some countries. And the region may be one of the reasons for the high tumor burden in China."

Feng Zhichun introduced that because children can't express the discomfort caused by illness, children are less likely to be diagnosed early in cancer, and they are generally found in the middle and late stages. Many people think that the cure rate of children after cancer is low. In fact, most children's tumors are benign, and the cure effect is much better than that of adults. Even for malignant tumors, most children can be cured.

In addition, Feng Zhichun reminded that the anti-cancer points that children's parents need to keep in mind include: decoration pays attention to environmental protection, must be well ventilated after decoration; try to stay away from harmful chemicals and various pathogenic rays; reasonable diet, healthy lifestyle; adults are in moderation with children and adolescents to prevent the spread of pathogenic viruses.