Medicine can be a double-edged sword. If the drug is used reasonably, it can cure the disease; on the contrary, it can not cure the disease, but also affect the health of the body. According to the survey, drug errors accounted for 18.3% of medical errors in developed countries. Only by taking the medicine properly and reasonably can it be avoided and reduced. 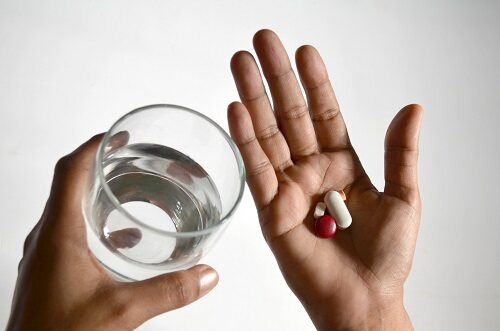 No matter how many times a day, the patient should pay attention to a little activity before resting in bed. When taking the medicine, it is advisable to be sent with enough water to avoid causing drug-induced peptic ulcer.

Correctly handle the time between medication and meals

In addition to understanding the half-life of the drug, it should also grasp the fluctuation of blood drug concentration, combined with the changes of pathological activity and the biological rhythm of the human body, and arrange the administration time as much as possible to ensure the efficacy of the drug. For example, drugs that are irritating to the stomach, such as aspirin, indomethacin, ammonium chloride, etc., should be taken 15 to 30 minutes after a meal, which can reduce the stimulation of the drug on the gastrointestinal mucosa. Try to use the drug according to the instructions of the drug or the doctor's instructions to ensure the efficacy of the drug.

Enteric coated tablets and enteric coated capsules have an enteric coating on the outside. They are insoluble in gastric juice and dissolve in the intestine to release drugs to exert therapeutic effects. These drugs need to be swallowed as a whole because chewing or opening the capsule make the drug have a strong stimulating effect on the gastric mucosa.

Some drugs need to be chewed. For example, nitroglycerin tablets chewed under the tongue and absorbed through the oral mucosa, which can quickly relieve the symptoms of angina pectoris; potassium chloride tablets should be pulverized and dissolved in water, which is beneficial to absorption, and can reduce strong stimulation of gastric mucosa due to high local concentration; gastric mucosal protective drugs such as aluminum hydroxide tablets are chewed into the stomach to increase the contact surface to form a protective layer on the gastric mucosa, which will reduce gastric acid, pepsin and food stimulation of ulcer gastric mucosa .