Gelatin comes from the Latin word "gelatus" which means "stiff" or "frozen". It comes from the collagen that takes the body parts of the animal. Now this kind of substance is used in food, medicine, photography, cosmetics and other industries. 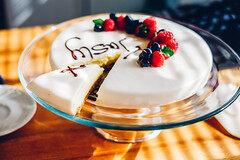 Journal of Chinese Academy of Sciences