Human cell made into a three-dimensional human eye model

According to the online edition of the British journal Nature Medicine, American scientists have used human cells to create a three-dimensional human eye model that can be blinked, which is expected to replace the current common animal model. 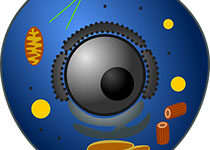 It is well known that cells are the basic unit of the structure and function of living organisms. The cells will have an orderly spatial distribution in the body, and also have several components of division of labor, and the information center regulates the metabolism and inheritance of the cells. The structure of the cells is complex and ingenious, and various structural components are coordinated and coordinated, so that life activities can be self-regulated and highly ordered in a changing environment.

Human organs have very complex multi-cellular structures that are like "gatekeepers" that can isolate the external environment and maintain a steady state. Human understanding of these cellular tissue barriers has long been deepened. But at this stage, there are still huge challenges to emulate their various characteristics.

This time, a team of scientists at the University of Pennsylvania developed a 3D ocular surface model by simulating the geometric structure and cellular composition of the outermost layer of the human eye. The research team first placed tissue cells from the cornea and conjunctiva in an air-liquid interface to create an ocular surface, and then placed the ocular surface in a platform to expose it to tears and artificial hydrogel eyelids that mimicked spontaneous blinking behavior. Using the platform, the team successfully simulated evaporative dry eye syndrome and tested the therapeutic effects of a study drug.

The team believes that while this latest cell-based system may eventually replace existing animal models, further research is needed to demonstrate its ability to participate in future drug discovery and testing.

In addition, the team needs to explore how to incorporate other cell types and functions into these models, such as blood vessels, immune cells, and innervation.