Lack of regulatory power in the UK Chinese medicine industry

According to the British edition of the European Times, from the introduction of acupuncture to the United Kingdom in the 1960s, and the opening of clinics by Chinese doctors to Chinatown in London in the 1970s, Chinese medicine and its various treatments have gone through a half-century of ups and downs in the UK. Today's British Chinese medicine industry has entered a relatively stable precipitation period. The industry is still working hard to promote the ultimate goal of Chinese medicine legislation. Although the overall situation does not seem optimistic, it does not mean that there is no way out.

Ma Boying, Chairman of the All-China Federation of Chinese Medicine Physicians, has been working hard to integrate Chinese medicine into legal compliance for many years. Now that he has retired from the second line, he bluntly said that from the current situation, the government has not enthusiastically promoted Chinese medicine to carry out legislation.

The current president of the Institute, Chen Zanyu, also believes that the NHS budget is already very tight, and it is difficult to put more resources into Chinese medicine.

Traditional Chinese medicine treatment methods including acupuncture and moxibustion developed rapidly in the UK before the 1990s, and the treatment of some intractable diseases and chronic diseases won the mainstream media attention and social recognition in the UK. Since the British government has long recognized treatments other than Western medicine as complementary and alternative medicine, and adopted a zero-regulatory attitude, the number of Chinese medicine clinics in the UK has exceeded 2,000 in the “heyday” period. 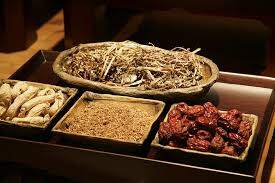 Another negative impact of the lack of regulation is reflected in the supply of Chinese medicine.

He Chaohua, general manager of the British Phoenix Pharmaceutical Company, believes that the biggest challenge facing the current supply of Chinese herbal medicines is the lack of qualified suppliers. "Because this thing can be done by anyone, so the level is uneven."

In his view, Chinese medicine and western medicine can coexist in cooperation, but it needs to involve the whole industry, including academics, supervision, and business. However, because the cost of herbal safety testing is huge, and the size of the Chinese medicine market is still relatively small, the input-output ratio is not high. It is not easy to convince the whole industry to participate together.

Ma Yuling, director of the Chinese Medicine Research Department at the Department of Physiology at the University of Oxford and director of the Center for Chinese Medicine at the University of Oxford, has been exploring the use of Chinese herbal medicine for arrhythmias for many years. Last year, the electrophysiological research of the proprietary Chinese medicine “Xinsuening Capsule” under her auspices made important progress.

In 1997, the University of Middlesex, England, opened the first Chinese medicine course in the UK with the help of Beijing University of Chinese Medicine. Then a number of British universities followed suit. However, these courses have all been closed in recent years. At present, British Chinese medicine education is conducted by private schools.