A “suicide capsule” was exhibited at a funeral exhibition in the Netherlands. When the user presses the button, the capsule will inject nitrogen and the inside will die. A doctor who invented the machine believed that people had the right to choose when to die and have been euthanasia for years.

The "suicide capsule" is called "Sarco" and is the abbreviation of "sarcophagus" in English. It was invented by Australian doctor Nikick and Dutch designer Bannick. 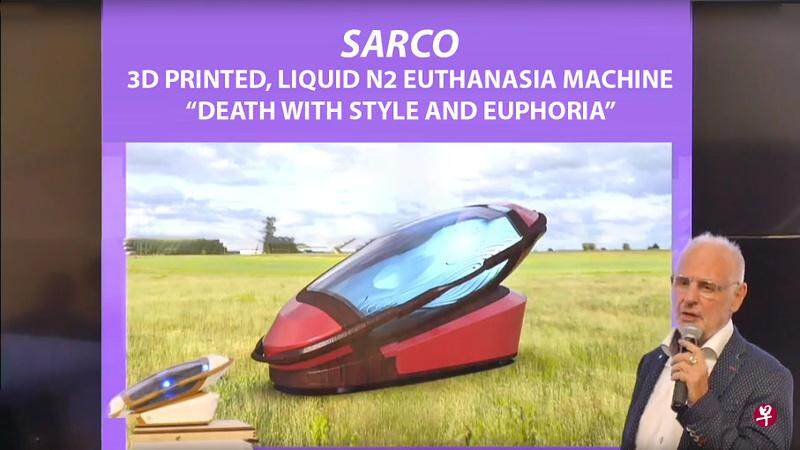 According to reports, users must complete a psychological questionnaire before using the machine to ensure that the mind is normal. After that, the user will receive a set of four-digit password, and enter the password to enter the capsule. In the capsule, the user also needs to perform a program such as voice recognition before starting the machine. When the button is pressed, the capsule will be infused with nitrogen, and he may then feel dizzy and then quickly lose consciousness and die.

The model of the “Suicide Capsule” is currently on display at the funeral exhibition in Amsterdam. The model is equipped with virtual reality (VR) glasses, allowing visitors to experience the feeling of lying in the capsule before pressing the “Death Button”.

Nickey intends to create a "suicide capsule" that can be used before the end of the year, and upload the design file to the Internet, allowing people to download and print the capsule in 3D.

Nikik has been promoting euthanasia for many years. For the controversy over euthanasia, he said that committing suicide in many countries is not illegal. It is only illegal to help others commit suicide.